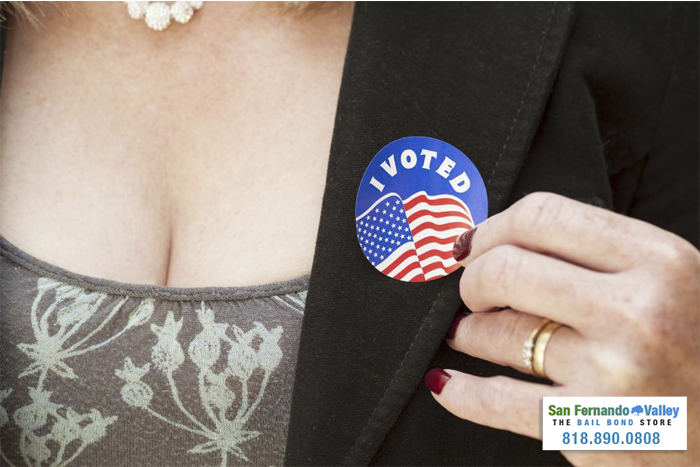 American’s are getting pretty antsy now as the 2016 Presidential election draws nearer and nearer. Vote-by-mail instructions have already started going out to many, an indication that voting will happen in no time! There are certain requirements to be eligible to vote, the obvious being at least 18 years of age, actively registered to vote, and a U.S. citizen. However, there are a couple of lesser known restrictions because they do not affect everyone.

1. If a court finds a person to be mentally incompetent, they may not vote.
2. If a person is currently in jail or on parole at the time of the election, they may not vote. However, if they have previously been in jail, have been released, and are no longer on parole, thenthey automatically regain their right to vote, if they were already registered to vote.

All eligible Americans are encouraged to exercise their right to vote and this upcoming presidential election is a big one.

If you need a bail bond now, or sometime down the road, San Fernando Valley Bail Bond Store can help get you out of jail. You will be eligible to vote while out on bail.