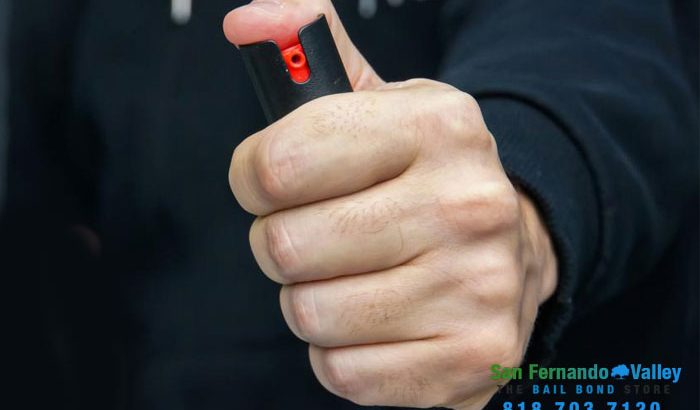 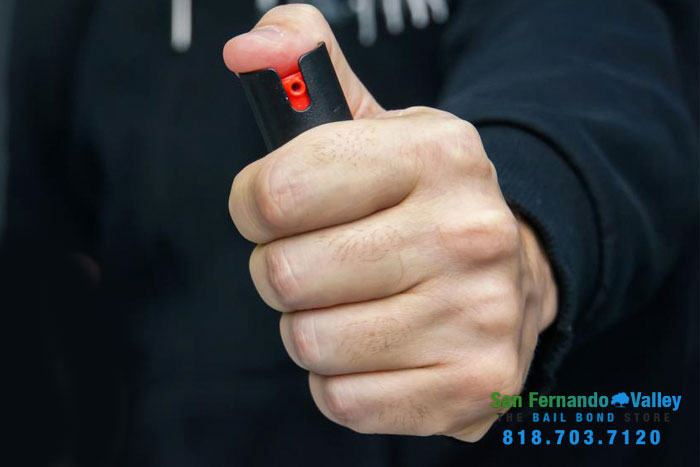 Everyone wants to feel safe wherever they go. Sometimes that means a person carries something around with them in case they need to defend themselves. Two of the most common and popular forms of non-lethal defense are stun guns and pepper spray. While people want to be safe, they also want to ensure that they aren’t breaking any laws in doing so.

This can be especially tricky here in California. This state has a lot of laws that people aren’t familiar with, but are pretty easy to break. This is especially true when it comes to weapons of any sort. While both pepper spray and stun guns are non-lethal, they are still categorized as weapons. This means there are strict rules that have to be followed, or else a person could find themselves in legal trouble.

Pepper spray is a chemical compound derived from chili plants. When it is sprayed onto a person’s face, it can cause severe, but temporary reactions, including:

Needless to say, being sprayed with the stuff is not a pleasant experience, which is why it is commonly used as a self-defense, non-lethal weapon.

Pepper spray is legal to own and use within the state of California by both law enforcement agents and private individuals over the age of 16. However, pepper spray can only legally be used in self-defense situations. It cannot be used to attack someone.

To complicate things a little further, the term “use” is looked at in a unique way here in California. A person can be considered using pepper spray if they simply hold the container in threatening manner. It doesn’t matter if the container is empty or full, sprayed or not. Holding it means it was used.

Using pepper spray in non-self-defense situations can earn a person a misdemeanor or felony charge, depending on the circumstances. That means there can be heavy fines, and even jail time.

People who are prohibited from using pepper spray include:

Interestingly, pepper spray is illegal to use in war since it is considered a chemical weapon, but is still allowed to be used in self-defense situations.

What Are Stun Guns

Stun guns, or Tasers as they are commonly called, are a special type of weapon designed to immobilize an attacker by applying large amounts of electricity. California Penal Code (PC) 244.5 defines a stun gun as any offensive or defensive weapon capable of immobilizing a person by the infliction of an electrical charge. By simply sending jolts of electricity through a person’s body, their muscles will tense up, restricting movement and causing pain, thereby incapacitating the person.

Stun guns are legal to own and use, for self-defense purposes, within the state of California by law enforcement officers and private individuals over the age of 16 and have parental permission. Felons and minors under the age of 16 are prohibited by law from owning or using a stun gun.

Assaulting someone with a stun gun can be a misdemeanor or felony, depending on the circumstances of the crimes and the person’s criminal record. This can earn a person jail or prison time, and up to $10,000 in fines.

Stay Safe Out There

Everyone wants to feel safe, and everyone has their preferred method of self-defense. For those out there using pepper spray or stun guns, just be sure to only every use or brandish these weapons in self-defense. If a person uses these items to attack another person, they can face serious legal trouble. That is something nobody wants to deal with.

It is also important to note that these sort of laws vary from state to state. What may be okay to do here in California may not be allowed in other states. A person should keep this in mind if they are ever traveling across the country. After all, no one wants to get into legal trouble for simply trying to defend themselves.

What do you think about California’s take on pepper spray and stun guns? Should there be more or less restrictions? Are things fine the way they are now? Let us know what you think in the comments down below.