No Payment For One Month We Offer Affordable Bail Bonds 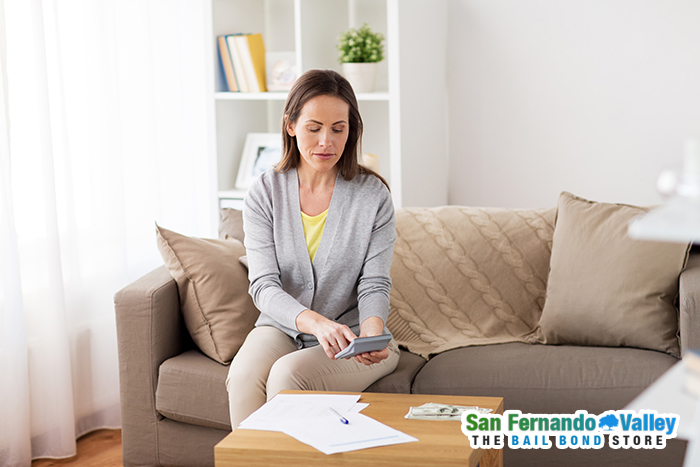 Bailing someone out of jail can be expensive, which is why Bail Bonds in San Fernando Valley offers discounts to make it more affordable.

Qualified clients can get a 20% discount on their bail bond. To qualify for this discount, one of the co-signers for the bail bond needs to be a member of the military, a member of AARP, a union member, be a homeowner, or have a private attorney.

One of the hardest parts about paying for a bail bond, is how suddenly the need arises. It is not something that a person can really prepare for. This is why we also allow qualified clients to not make their first payment for a month. This allows our client to better prepare for that first payment, thus making it possible for them to afford the bail bond.

For more information regarding bail bonds, simply call 818-703-7120 or click Chat With Us now.

Honest, reliable, and affordable are three words you will hear a lot if you ever asked someone about the services of Bail Bonds in San Fernando Valley. These qualities are an indication that this bail bond company is among the best in California. Given that a person’s freedom quite literally is dependent on a bail bond company’s ability to pull through for the family of the defendant, wouldn’t you want to make sure the best company took care of you? Here is more proof that Bail Bonds in San Fernando Valley is among the best.

“When my buddy Derrick got arrested for violating his restraining order, I used this company to get him out of jail. I’m so pleased with this company! They’re the best around with fast service. Before you consider any other company you should contact them first!” – Melissa S. of Lancaster, CA.
“I called and asked a question about my friend’s case, and Becky who picked up the phone was awesome. She took the time to explain what I can do to resolve my problem. I don’t think a lot of people would have cared about helping me knowing they would not get paid, but Becky didn’t mind at all. She was real sincere and took the time to help me out. If I ever needed to place bail, I will definitely call up Becky!” – Billy K. of Palmdale, CA.
“Veronica has the professional touch in a very difficult industry. She is well versed in the law and all facts about the court system and jail logistics. I recommend them to anyone who needs bail bond services.” – David S. of Victorville, CA.
“I really recommend this place to anyone that needs help with a bail bond! Other bail bond companies are all talk and not helpful at all. Seriously, this place is very helpful and they work with the amount of money you have and stuff like that! The key is to try to bail the person out as early as possible. I will truly recommend this company to the people I know.” – Bernie K. of Los Angeles, CA.
“Jamie was very prompt and made all the difference in the world in how he handled my request by getting bail posted for someone in short order. He took the worry out of the situation for me and once the person was exonerated, he made sure he sent my funds back to me immediately! I am so pleased and impressed by his excellent service and I would recommend Jaime and the whole company to anyone who needs bail bonds assistance.” – Ms. D. Jones of Victorville, CA.

Real people who write reviews like this do not lie. Having been in that position, they want to help others get the best service too. Bail Bonds in San Fernando Valley shows consistency in the excellent customer service and bail bond service they provide. This company does not give up on its clients, and they will not give up on you if you ever needed a bail bond.